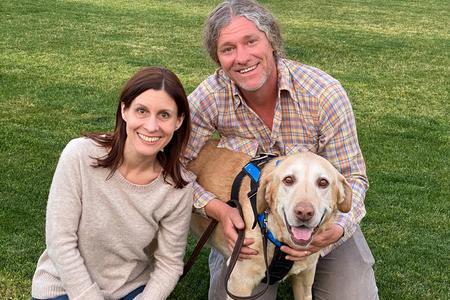 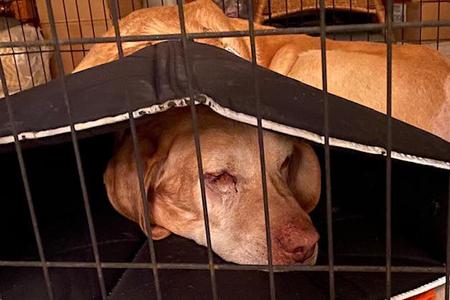 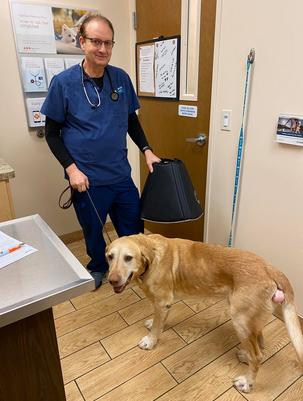 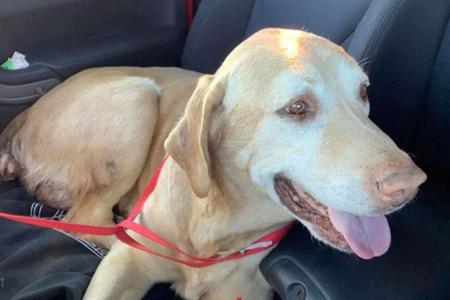 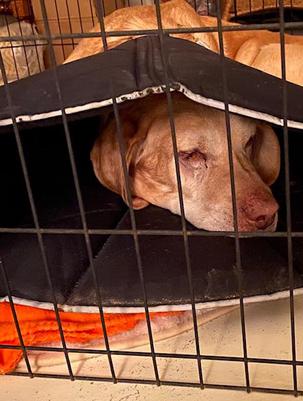 Nick's history was unknown. He was found by the side of the road in far west Tolleson, Arizona. Sadly, this is an area where people often dump dogs they can no longer keep. A Good Samaritan thought Nick was dead when they first saw him lying on the side of the road with what appeared to be his innards hanging out (the bloody tumor). When they stopped, Nick raised his head and slowly got up and headed for the car. These kind people took this sweet boy home and cleaned him up and took him to the Arizona Humane Society the next day.

​"A Good Samaritan thought Nick was dead when they first saw him lying on the side of the road..."

We saw the story of Nick on social media and wanted to help him if we could. We reached out to the Humane Society and told them if he wasn’t claimed we would like to take him. He wasn’t chipped and no one claimed him, so we took him into our care.

Nick sadly had a tumor on his rear end the size of a large lemon and was located right at the base of his anus. Male dogs who are not neutered are prone to these types of tumors. They are usually removed when very small, so they don’t have time to metastasize and grow. This type of tumor can also also move into the lungs.

Nick was also very anemic due to the continuous bleeding of the tumor that had not been attended to. He would have to be monitored until such time it was safe to do the surgery. To make matters worse, during his stay at AHS, he contracted kennel cough (basically a doggie “cold”). That meant that his surgery had to be delayed even further.

Finally the day of his surgery arrived. Along with the tumor removal, we also had him neutered and removed a cyst from his lower eyelid.

"Nick is doing much better, He got a brief reprieve from his cone and is starting to heal. We still don’t have results yet, but are keeping positive."

Our biggest concern was that the tumor was cancerous. Thankfully, the biopsy was negative. Nick's tumor was diagnosed as a Hepatoid Gland Adenoma. They are benign common tumors in dogs, especially older intact males. They are usually removed when they are small and not the size of an orange!

Nick’s x-rays, surgeries, teeth cleaning, medications etc. cost upward of $5000.00. Because of the generosity of all of our supporters, we were able to raise the funds in a very short period of time.

We had many applications come in for Nick, but we decided on a wonderful family that had been watching Nick's progress right from the beginning. We wish Nick and his new family all the best! 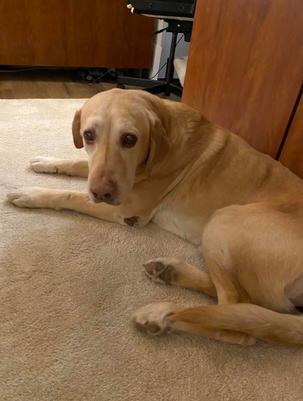